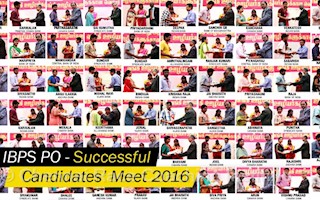 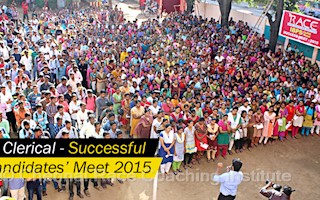 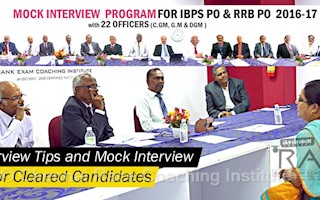 I joined in Chennai Race Coaching Institute Pvt in Cantonment for Bank Exam Coaching. I joined last month and my classes are from Monday to Saturday. I can continue with the classes till placement. The course fee is Rs 15350. They provide us with enough st

I joined in Chennai Race Coaching Institute for Bank Exam Coaching. I am attending regular classes from Monday to Friday. I can continue with the classes till I complete the complete the exams successfully. The faculties here provide excellent coaching a

Good Institute. I have joined this Chennai Race Coaching Institute Pvt. Ltd Cantonment, Trichy for my SPSC exam coaching on TNPSC coaching. The coaching and the way of response were very good and the atmosphere was good. I paid 16500 for the course fees. T

Chennai RACE Bank Exam Coaching Institute is the only institute which has produced 1471 results in IBPS PO, 923 results in Regional Rural Bank PO, 255 Results in SSC CGL Exams in Aug-Nov 2016, 4733 SBI Clerk (Prelims) cleared candidates in June 2016 and 5877 selections in IBPS Clerk Dec 2015, 419 SBI Probationary officers in 2015 and 2647 Probationary officers (in Public sector Bank) by IBPS PO Exams held in September 2015. . Also RACE is the only institute which has shown 1200 selections in IBPS-PO, IBPS RRB, SBI Clerk in November - 2014 and 368 results in IBPS clerk December -2014. We are also the only institute which releases all the Registration Id and Password of the cleared RACE students that differentiates us from other fake institutions around us contact us for more details